‘We think, and believe and have some experience that we can raise chickens without any antibiotics’: Perdue Foods 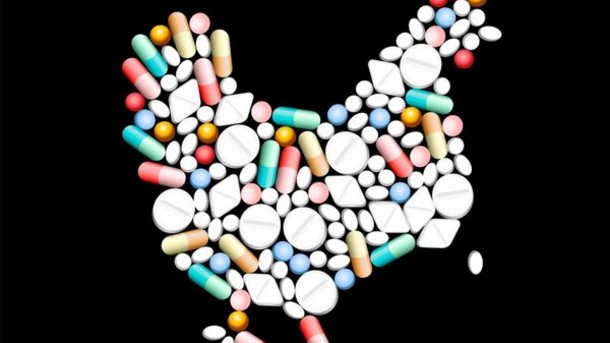 The goal of Perdue Foods, said Bruce Stewart-Brown, senior vice president of food safety, quality and live production at the US chicken processing company, remains to end the use of antibiotics and eliminate the need to use them.

“We think, and believe and have some experience that we can raise chickens without any antibiotics and can do it with good health, and welfare, and safety — our programs with those things continue to get better,” he told FeedNavigator. “You get some benefits beyond the fact that you took the antibiotics out – people get a little more involved in chick quality.”

Movement away from the use of antibiotics in chicken production started as a response to consumers and the market, said Perdue.

“Our relationship is with the consumer and we want to earn their trust and so the purpose of the project was associated with that,” said Stewart-Brown.

Perdue Foods started work to limit the use of antibiotics in chicken production back in 2002.

It stopped using human antibiotics for growth promotion in 2014. In September last year, it announced that it had removed all antibiotics from its chicken hatcheries — a move it said at the time “sets the standard for the responsible use of antibiotics in poultry production.”

Since the work started, Perdue has moved from about 100% of their birds getting antibiotics to less than 5% being treated with human-use antibiotics, said Stewart-Brown. Even birds that aren’t being raised for the company’s “no antibiotics ever” product line see limited antibiotic use.

Additionally, less than half the birds produced now receive an animal-use antibiotic, said the poultry producer.

“One of the big things for Perdue was acquiring the Coleman group,” said Stewart-Brown. “We learned some things there from organic production that we continue to move toward our other programs, some things about managing litter and about using probiotics more, and more effectively.”

The company has focused on other aspects of poultry health and diet, said Stewart-Brown.

“The probiotics piece is one of the things we continue to evolve on,” he said. “If you can provide the animal with good bugs, then the bad bugs don’t get in there, but it has taken quite a lot of work to understand the best probiotics for chickens, and some seem to be best for young chickens and some for older chickens.”

Perdue is continuing to research the most effective combinations of additives, along with the use of products like oregano, yucca and citric acid, he said. Some of the supplements are used when animals start to display early signs of illness in order to improve health and prevent a disease from developing to the point where birds need to be treated with an antibiotic.

“If a flock starts to show you something that suggests they’re feeling poorly then these alternative therapies can get them straightened-out,” said Stewart-Brown. “But if a flock is ill, we will treat it, the only stipulation is they can’t be used for the no antibiotics ever (product line).”

Additionally, the birds’ diet has been changed to a vegetarian one.

Many of the management practices used to hatch and raise the birds have also been changed, said Stewart-Brown. The company has increased the level of dialogue with farmers to keep a better handle on the health of different flocks.

Work has included several steps, like improving how eggs are cleaned and putting in fume hoods for vaccine mixing, he said. Several of the new approaches came from people involved with different parts of the process, after they started to engage with the goal, he added.

The project also has changed the perspective on individual farms, said Stewart-Brown. “When a farm is struggling, it is not the whole farm, it is one house – generally there’s a house that has a component that needs to be worked on, and we didn’t really get to those until we started this project in 2002.”

The company still has to work to do reach its goal, like finding the most effective combinations of supplements for its birds, said Stewart-Brown.

“There’s a cost to the hatchery [developments], and the breeder flock approaches, and the studying of probiotics has been an expensive venture and we’re going to continue to invest in that,” he said. “But we believe we’ve minimized the cost by going slowly [in terms of our] learning.”

However, if you would like to share the information in this article, you may use the headline, summary and link below:

‘We think, and believe and have some experience that we can raise chickens without any antibiotics’: Perdue Foods

The goal of Perdue Foods, said Bruce Stewart-Brown, senior vice president of food safety, quality and live production at the US chicken processing company, remains to end the use of antibiotics and eliminate the need to use them.